This is the blog that charted the development of my residency at the Design Museum 2013, from research & experimentation, through to the creation of an entire human being and his triumphant "oeuvre complet", and ultimately to his death and memorialisation at the Design Museum London, all coming at you in horrifyingly multiple medias.

2013-2014 Designers in Residence were invited by the Design Museum to respond to the theme of Identity, to explore how design can be used to convey, create or reflect a sense of identity through an object or experience.

Glued to his laptop, locked in his flat, emailing, DM’ing, posting, stressing and Skyping, what sort of a collection could a characterful designer produce in 3 months?

Through this blog I created a character, a fictional tool, who existed for three months in a fever of rumination and production. Each post was a lived scenario which brought together a wider issue such as generalised anxiety or facebook envy, with a fabrication technique such as 3d printed ceramic, or plaster, or plastic. The character fused these into a dizzying array of designs, each contributing to a collection which tells the story of a search for identity told through the design of objects. A journey which, thanks to technology, any one of us could embark upon in the near future. I terminated the character, and the tripartite display of his project consisted of a table on which all the various objects were collected, a miniature museum of the said designer, as well as the blog through which the stories behind each of the objects is relayed, and a film which compresses and conveys in a non-didactic manner, all the various influences and themes embedded in the overall project. The project explores the potential of now ubiquitous rapid fabrication techniques to free designers from commercial exigencies, and to instead prodigiously create any number of objects whose delineations are guided by and embody intensely personal narratives. The role of collector and designer collapse into one.

I was generously sponsored by Lee3d

Adam Nathaniel Furman is a writer, designer, teacher and artist. He graduated from the Architectural Association in 2009 and works on independent commissions and projects as well as co-directing the Saturated Space Research cluster at the AA, and is also co-director of the Design practice Madam Studio.

"I'm making a contemporary museum of creativity for a particular individual, a designer who is in love with technology, mass media and pop culture, but who is determinedly searching for depth and meaning, and is doing so in precisely those cultural areas, through the production of objects. ‘Identity Parade’ will be a personalised cabinet of curiosities filled with new products, all of which are to be made using only the most ubiquitous and readily available forms of rapid fabrication from 3d printing to slip casting –things you can do on your own using a computer or with your hands. This is a story in which the search for identity is a journey told through an obsessive, intimate, and highly personal practice of design, one which could embody each of us, in our own way, through our very own things, in the oh-so-near future."

Please see below for a short 6minute postscript presentation on the project and its themes:


Please see the film below for the initial proposal with which I was awarded the Residency:

Above is a teaser video of me talking about the project made by Alice Masters of the DM... 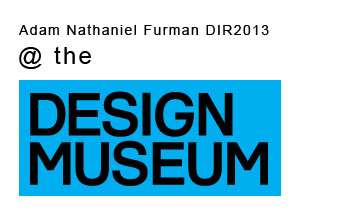 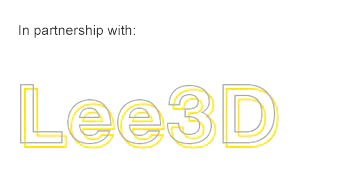 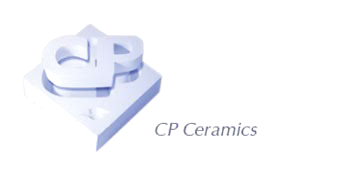 Adam Nathaniel Furman
Im a designer living and working in London, and am co-director of Madam Studio & Saturated Space. I teach, write, design, make and collaborate as often as opportunity allows.